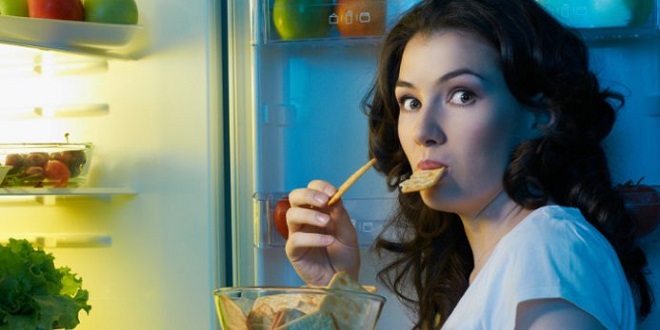 A comparison of the eating behaviour of men and women showed that women eat, on average, seven snacks per week, which is more than men’s average snack consumption (five snacks per week).

In general, women had a higher eating related health consciousness and made better dietary food choices, indicated by a higher intake of fruits and vegetables as well as a lower consumption frequency of meat, convenience food and sugar-sweetened beverages. Additionally, women skip main meals (such as breakfast) less often.

For that purpose, the entire study population was divided into three groups (tertiles) according to their reported snack frequency per week: high, moderate and low. High frequency snack consumers ate, on average, twelve snacks per week, and low frequency snack consumers ate, on average, one snack per week. The dietary behaviours in the highest snack-frequency group were different from those in the lowest group with respect to the higher consumption frequency of all food

groups,!with!the!exception!of!vegetable!consumption!in!females.!Participants!in!the!high! snack frequency!group were more likely to be young women with children. In contrast, male respondents with a low snack frequency were more likely to be older, ate main meals on a more regular basis, and indicated having family meals more often than male respondents with a high frequency of snack consumption. There were no differences in the percentage of respondents who indicated that they were physically active for more than 30 minutes per week.

In the final step, a cluster analysis was conducted with fruit, vegetables, meat, convenience food and sweet and savouries as clustering variables. Only high frequency snack consumers were included in this analysis. Three groups with different underlying eating patterns were identified: healthy, moderate and unhealthy groups (Figure 1). High frequency snack consumers in the healthy group were characterized by a high consumption of fruits and vegetables, and a low consumption of sweet, high-fat foods, savouries and sugar-sweetened beverages.

Conclusions: High snack frequency occurred in the context of healthy as well as unhealthy dietary behaviour and lifestyle patterns. Women made healthier dietary food choices and were more likely to consume fruits as snacks, while men chose unhealthy foods, such as sweets and savouries, more often.