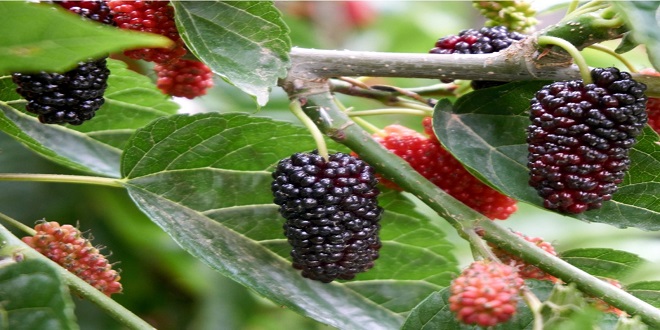 The first black mulberry harvest of the year, which is grown undercover in the Silifke district of Mersin, has started. Black mulberry, which was planted a year ago as an alternative to strawberries, finds buyers at 17 liras per kilo. In the first harvest of black mulberry grown by farmer Musa Kavuştu, 100 kilograms were collected and sent to metropolitan cities such as Istanbul and Ankara.

Black mulberry, which matures 20 days earlier than last year, draws attention with its taste and appearance. Musa Kavuştu, who stated that the care of black mulberry is easy, said that he was satisfied with both its price and yield and that they could get the same fruit yield and quality every year.

Musa Kavuştu, who recommends the cultivation of black mulberry, which has the same yield as the strawberry, to all farmers, said, “We expect to obtain 20 tons of product from our 5 decares of land. Today we started the first black mulberry harvest of the year in Turkey. We do not give any medicine to this product, known as Australian black mulberry. We only give water. We collect grapes for about two months. We had our first harvest today. We collected 100 kilos of mulberry and I will send it to Istanbul. I recommend it to all farmers,” he said.

Everything You Need To Know About Currency Volatility