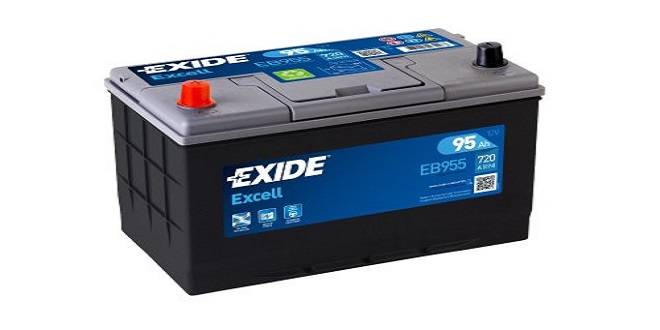 The storage of electrical energy on board an automobile in batteries was and is still the reason for the moderate presence of electric vehicles on the market. Most relevant characteristics of some classic and advanced batteries: are operation temperature, energy density for discharging in less than 2 h, and cell tension. Regarding the operation temperature, there are two forms of batteries: “cold” types and those with liquid electrolytes, which require a high temperature.

For safety reasons, batteries with high temperatures are not used in the automobile industry, despite numerous tests in the 1990s. The main disadvantage of batteries as energy accumulators is their low energy density in comparison with liquid fuels. The theoretical values for energy density in batteries at very slow discharging are much higher than for discharging in less than 2 h, but only this discharging duration is realistic for use in automobiles.

An example is representative for the comparison of energy densities of batteries and fuels: Advanced lithium-ion batteries, such as in the BMWi3, Citroen c-zero, Mitsubishi iMiEV, Ford Focus Electric, Mercedes Vito E-Cell, Nissan Leaf, and Renault Zoe, have energy densities of around 80 W h/kg, which is four times higher than lead-acid batteries (Pb-PbO2).

New developments such as lithium-metal-polymer batteries (especially lithium cobalt dioxide), zinc-oxygen, zinc-air, and lithium-air can give an expected increase in energy density up to 200 W h/kg at costs that could be compared with those of lead-acid batteries if produced in large series.

The principle of function of a zinc-air battery and the most significant chemical reactions for tension generation are illustrated. The anode consists of zinc powder. The cathode is formed by an airflow containing the necessary oxygen. The electrolyte is composed of caustic potash and the catalyst by graphite, in the form of a slab, powder, or grid.

On the other hand, an advanced battery is an uncontested onboard energy buffer between the current generator and the propulsion motor for cars with hybrid propulsion. Moreover, such a modern battery is an ideal solution for compact urban cars with electric propulsion. Configuration of batteries and motor in a compact automobile and in a transporter with a body frame.

The mean cruising range of urban cars is statistically under 50 km, so a very promising scenario including batteries of low capacity has been developed for urban electric cars in France, in the frame of the “Tulip” program. This scenario is illustrated. The cars are supplied with electric energy, contactless, by induction. Such charging areas could be created in public parking garages and in-car rental stations.

The problem remains the electric energy supply of the parking garage. In France, most of the energy is produced in nuclear power plants, without CO2 or pollutant emissions. Some time ago, another concept was tested in Denmark and Israel, where the potential to use wind and solar energy is very high.

The concept involves the exchange of an empty battery with a full battery in a specially developed exchange station. Battery exchange in a few minutes, from a pit under the car, could be a good idea, but the car body must be designed for such use.

This would influence the kinematic and dynamic car behavior, the vibration spectrum, and car stiffness. The complexity of the required technical adjustments, resulting in appreciable costs, has hampered the introduction of such a solution on the market. Car exchange seems to be simpler and more effective than battery exchange.