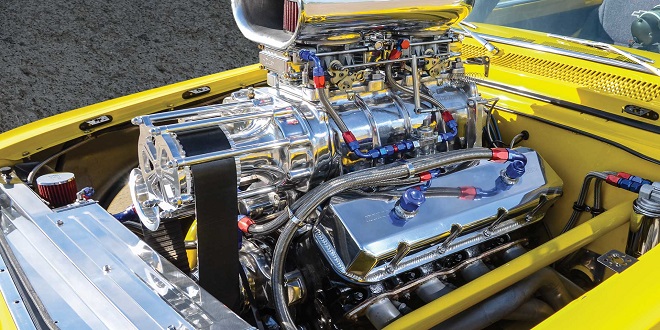 Nitrous oxide can sometimes be utilized to increase the performance characteristics of any gasoline engine. The gas itself is highly misunderstood by the general public, and many people have even more questions about how to actually utilize it.

Nitrous oxide use began in the 1960s and 1970s as a highly experimental way to increase the performance characteristics of automobile engines. Due to the largely primitive ways of monitoring engine performance and along with the air/fuel ratio, dialing the systems in proved to be extremely difficult without ruining an en105 gines internal parts.

Most individuals who actually used nitrous oxide were limited to only reading spark plugs as the method by which they determined if the engine was running well. A drag racer would make a quarter-mile pass, immediately shut off the engine to ensure that the plugs were close to the condition that they were in while operating at wide-open throttle, and start pulling plugs are reading them.

A white or blue spark plug meant that the fuel mixture was burning too lean, and a tan or dark brown color meant that the engine was operating at a fairly safe air-fuel ratio.

Through much experimentation and many broken motors, there were several things learned about nitrous oxide itself:

Setting Up a Nitrous Oxide System

Lines that run from each solenoid then converge into the nozzle which is plumbed into the intake. At the nozzle and line meeting point, there are a set of jets (one for nitrous, one for fuel). The jets can be adjusted to increase the horsepower levels of the shot, as well as adjust the air-fuel ratio accordingly. The fuel solenoid obtains its fuel from the automobile fuel system itself or a stand-alone fuel system dedicated to the nitrous oxide system itself.

The nitrous solenoid is connected to a bottle containing nitrous oxide at high pressure (a pressure value exceeding 1000 psi is not uncommon). Some systems only require the use of a nitrous solenoid.

This is called a dry system and is only used for fuel-injected cars. The nitrous is sprayed before the MAF and it adds the necessary fuel. Some dry systems for speed density cars use engine vacuum as a reference to add fuel to the engine.