Why Should You Use a Desktop Computer? 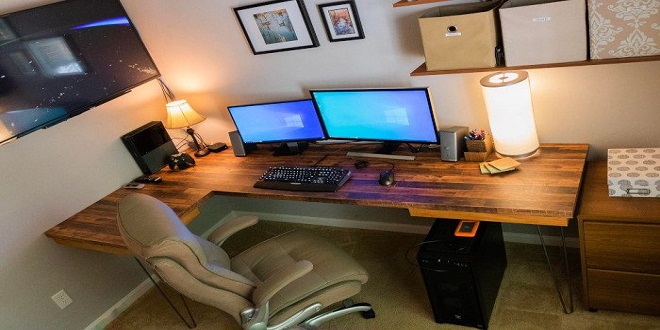 In this day and age, a desktop computer, even if it’s not portable, it’s still a must-have. The ultimate purpose of a desktop computer is to have a personal computer in a centralized location to do all your activities. Some might say that this bulky device is not as convenient as a laptop, but at the same time, the desktop PC has more advantages.

In this blog, we are going to look at all the reasons you should consider owning one.

You Can Upgrade It

Most laptops cannot get an upgrade when they get old. What you buy is what you get. When it starts malfunctioning, the only option is to take it to a repair shop or buy a new one. Sometimes it can take weeks until professionals figure out if there’s any saving. All this time, you no longer have your electronic device to work with.

Buying a new laptop every time the old one breaks is not a viable option. You will spend too much money that’s not worth it. If you own a desktop computer, you can easily replace aging parts like the processor in a few steps. It’s cheaper to buy components than an entirely new device.

Better Specs than a Laptop

Sometimes computers and laptops with the same specs roughly cost the same, but they don’t perform the same. What’s different is that they use different processors and graphic processors.

Laptops aren’t as powerful as desktop PCs because they are created to be thinner and smaller so you can carry them around. It results in them being equipped with the smaller mobile versions of processors.

Smaller processors might not make a big difference for casual users. People that use these devices for power-intensive tasks like streaming or video editing will notice that certain programs run slower and sometimes freeze.

Ideal for Gamers and Designers

The worldwide average gamer’s age is around 35 years old. Gaming PC manufacturers build excellent desktop computers because their target consumers prefer heavy-duty, powerful devices. While a gaming laptop is considered a satisfactory device for gaming, its specs are not even close to what a gaming desktop can do.

heavy-duty computers aren’t only good for gaming. For example, you can also use a desktop computer for animation. If you are a graphic designer, this will be the better alternative because you can run multiple tasks and use resource-consuming programs without worrying your device will freeze.

Laptops from known brands can be pretty expensive. When it comes to desktop computers, you can get them cheaper for the same price and save up to $500 or more. All you need to do is to compare the market to make an informed decision.

If you are into techy things, you can also build your desktop computer from scratch. You know all the components by heart and know which can get upgraded or which you can spend more.

Overall, it’s salient to consider what you will need from a desktop computer and if it’s worth getting one. A desktop computer is the better alternative for high-intensive programs, multitasking, gaming, and designing.

Previous articleWhy Should Eye Cream Be A Part Of Your Skin Route?
Next articleArea Scan Cameras: A New Tool In The Industry

What is a 2D Barcode Reader and What Are Its Advantages?