The British Association of Sport and Exercise Sciences guide 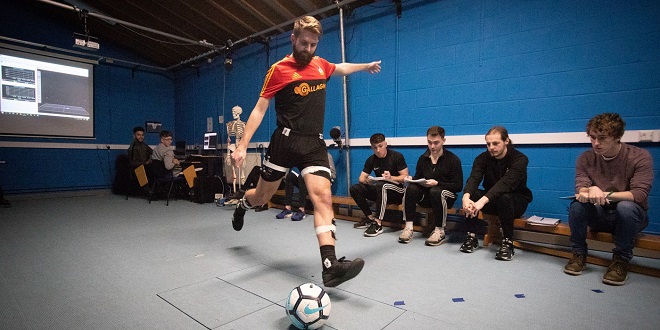 The physiology of exercise can be defined as the study of how the body responds and adapts to exercise and an important part of this study is the identification of physiological characteristics that explain rather than simply describe performance. This identification applies both to competitive athletes and to those whose interests are in the role of physical activity in the promotion and maintenance of health.

The continued rise in performance standards in sport underscores the need to develop knowledge and understanding of related mechanisms to optimise athletes’ training. Such optimisation ensures that training maximises adaptations but not at the expense of developing unexplained underperformance syndromes previously known as overtraining. Similarly, the frequency, intensity and duration of physical activity required to promote and sustain health is important concerns about the possible inactivity of our children and adolescents give rise to anxiety about possible long-term problems such as diabetes and cardio-vascular disease that might ensue from hypokinesis.

The rationale for assessment remains as it has for some three decades: to develop knowledge and understanding of the exercise capabilities of humans. A practical outcome of this is enhanced performance and exercise tolerance of individuals who are tested.

Assessment should be preceded by a full needs analysis which in turn should be based on a triangulation of the requirements and views of the athlete, coach and scientist. Assessments should be an integral part of an athlete’s training and scientific support programmes and should be conducted regularly and frequently.

It is recognised that to be effective, assessments should be specific and valid and that resulting measures should be reproducible and sensitive to changes in performance.

Assessments should mimic the form of exercise under scrutiny. This is a key challenge for instance in multiple-sprint activities such as field-games and racquet-sports in which changes in speed and direction of movement predominate. Factors that should be considered in the design of test protocols are

Validity is the extent to which a test measures what it purports to measure. This applies, for instance, to the assessment of mechanisms that might explain endurance and to the appropriate use of mechanical constructs to describe in particular, the outcomes of maximal intensity, that is, all-out exercise.

An important requirement for data if they are to be considered meaningful is that they must be reproducible. Enthusiastic debate continues about the metric or metrics that most appropriately assess reproducibility (Atkinson and Nevill, 1998 and elsewhere in this text). Consequently, exercise scientists need to have a keen appreciation of these metrics and their respective advantages and disadvantages. In essence, variability in measures can be attributed to technical and biological sources. The former comprise precision and accuracy of instruments coupled with the skill of the operator, hence procedures for calibration are critical.

The latter comprise random and cyclic biological variation. Knowledge and understanding of the magnitude of these errors play a key role in the interpretation of measures.

Sensitivity is the extent to which physiological measures reflect improvements in performance. Clearly, reproducibility is implicated but sensitivity is probably at the heart of the matter: it is in itself a key measure of our understanding of mechanisms and the accuracy and precision of our instruments to reflect these mechanisms.

How to bet on cricket for the first time